The Dark Side is quicker, easier, more seductive…

Episode I (bis) : The Teenage Menace

– Anakin is 12 years old and Padme 18 when they meet. The situation is pretty much the same, but a little more believeable… (I figure Lucas wanted young heroes to « capture » the audience of kids, but a 14-yrs old ELECTED Queen? And an 8 yrs old human kid who annihilates a destroyer by accident, even with the midichlorians thingy?)

– the drama of the separation doesn’t lie in the fact that he’s too young a boy to leave his mother, but more because he considers himself the man of the household and responsible for her protection (and a big part of her income, through his work).

– on the other hand, it enforces the parallel between Anakin and Luke, about their desire to live a « bigger life » than being trapped on Tatooine, becoming spaceship pilots and travel across the galaxies.

– Anakin’s impulse to help Qui-Gon Jinn and Padme is all the stronger (and his crush more believeable) from the fact that he’s nearing puberty and wants to impress Padme. Most 8 years old boys think girls are boring.

– during the last fight between Qui-Gon Jinn, Obi-Wan and Darth Sidious, after Qui-Gon Jinn’s death, Obi-Wan is shortly tempted by the Dark Side. That’s actually how he manages to overcome Darth Sidious (I mean seriously, otherwise how come Qui-Gon Jinn would have been sliced, and not him?…)

– after Qui-Gon Jinn’s death, Obi-Wan receives the title of Jedi, but has to submit to some extra training by Yoda, partly so he could train Anakin. Yoda has to cool him down a bit, because he didn’t really appreciate his mentor’s death and the Council’s refusal to follow his advices regarding Anakin (insist on parallel between those 4 Jedis : Qui-gon, Obi-Wan, Anakin and Luke are all guys with their own ideas that have problems accepting blindly the authority’s orders, and are sometimes right in that – PS du moi de 2020 : en fait le parallèle était déjà assez évident comme ça).

Episode II : Attack of The Clown

– add some scenes showing Anakin’s glorious moments – the source of his arrogance (just a mention from Obi-Wan’s mouth early in Ep III doesn’t quite cut it…) -, his disagreements with the Jedis, and how Palpatine backs him up often when it happens. In other words : show, don’t tell. First and most important advice for any writing. 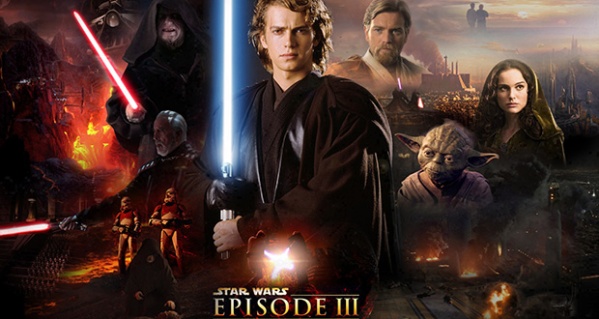 – Padme doesn’t want children as long as she’s a member of the Senate, as she knows it would be too difficult to hide. Anakin does want children as soon as possible, despite their situation. His frustration towards the Council makes him fancy raising children not in the way of the Jedi, too coy and limited by bureaucracy in his opinion, but allowing them to develop their full potential (since he considers that the Council is bridling his own).

– during the fight to rescue Palpatine from Count Dooku, Obi-Wan is injured differently (because he really should have his backbone broken from the fall of this metal platform on his back…). He’s trapped, but not unconscious.

– he sees Anakin killing Dooku while this one is unarmed, and when they’re back, he has Anakin judged by the Jedi Council about it.

– Anakin is ordered to follow some « rehabilitation » course with Yoda, but resents doing it, mostly for fear that Yoda would read in his heart his ongoing affair with Padme. Palpatine casually offers him advices on how to hide thoughts and feelings from inquisitive minds… Pretending that it’s a talent he developed for politics, as some alien races have mind-reading abilities (no mention is made of the Sith but at least he has a good excuse ready this time :P).

– Palpatine pressures the Jedi Council so they would reintegrate Anakin.

– despite her contraception, Padme gets pregnant soon after Anakin comes back on Coruscant (at the beginning of the movie). She strongly suspects that the Force and Anakin’s desire to have children have something to do with it.

– as a consequence, she also starts wondering if her love for Anakin isn’t influenced by the Force. Since he can manipulate weak minds at his will, wouldn’t he be able to twist her emotions, either consciously or not. Wanting her so much to reciprocate his love that he would have « enhanced » her feelings for him?

– Anakin starts having nightmares of Padme dying, attacked by Clone troopers. Since they are (so far) under the Jedis’ command, this reinforces his distrust towards the Order. He asks to be assigned to her protection and inquires about that possible attack, but the Council refuses.

– Padme decides to leave Anakin before he finds out that she’s pregnant. Her surprise pregnancy and his talks about his projects for their kids to raise them outside of the Jedi Temple and guidance have made her suspicious.

– also, Palpatine plots against her and she got word of it. He wants Anakin as an apprentice, but he’s afraid that his loyalty for his family might overcome his loyalty for him. And that were he to have children with similarly high rates of midi-chlorians, he might think of taking over him to put in command a lineage of powerful Jedis of his blood. Which, actually, Anakin did think of already…

– Palpatine organizes an attack of Padme’s ship by Clone troopers, under cover of a false information that it hosts rebels. Padme escapes, but uses the occasion to let Palpatine and Anakin believe that she’s dead. She finds asylum on Alderaan where she’ll later give birth to the twins.

– the news of Padme’s death sends Anakin overboard in his hatred for the Jedi Council. Palpatine reveals himself as a Sith to him, and converts him. Anakin defends Palpatine against Mace Windu (who he sees as the main responsible of Padme’s death, since he always refused to let him inquire about the threats on her life) and falls into the Dark Side.

– Anakin accepts Palpatine’s mission to kill the guys on the volcanic planet. I really ought to find another way to end the fight that him stupidly jumping over Obi-Wan to get his legs cut, and Obi-Wan mercilessly leaving him to burn near the lava. No, really. Symbolism or not, that was beyond ridiculous. And cruel.
« Farewell, you who were my beloved student, you are lost to us because you gave in to the Dark Side, and thus I can no longer save you. And I won’t even put an end to your sufferings by killing you while you’re reduced to a burning chicken. That’s the way of the Bright Side of the Force. Mercy, compassion and Sith-kebab. »

– when Padme gives birth to his children, Bail Organa and his wife immediately adopt the girl. Padme remains near her but under a false identity (she’s used to fake being a servant, after all). Obi-Wan soon brings Luke on Tatooine, because he fears that if they stay together, their combined influence on the Force might clue in the Emperor. Padme gets involved in the Rebellion more actively, and finds a quick and anonymous death in some space battle before Leia gets very old. Because really, there were enough grandiose deaths like that. Hence the few vague memories of her that Leia mentions to Luke in Return of the Jedi (or the mere fact that she is not surprised when he asks if she remembers « her real mother » even though she never said she was adopted. Is that public knowledge in the Rebellion? Leia « adopted » Organa?).

END_OF_DOCUMENT_TOKEN_TO_BE_REPLACED 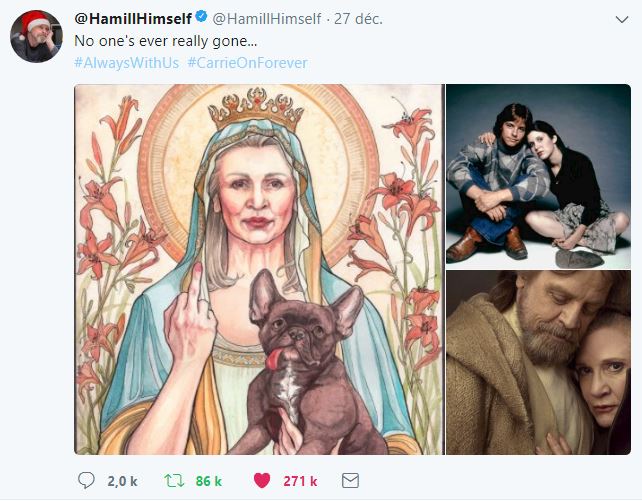 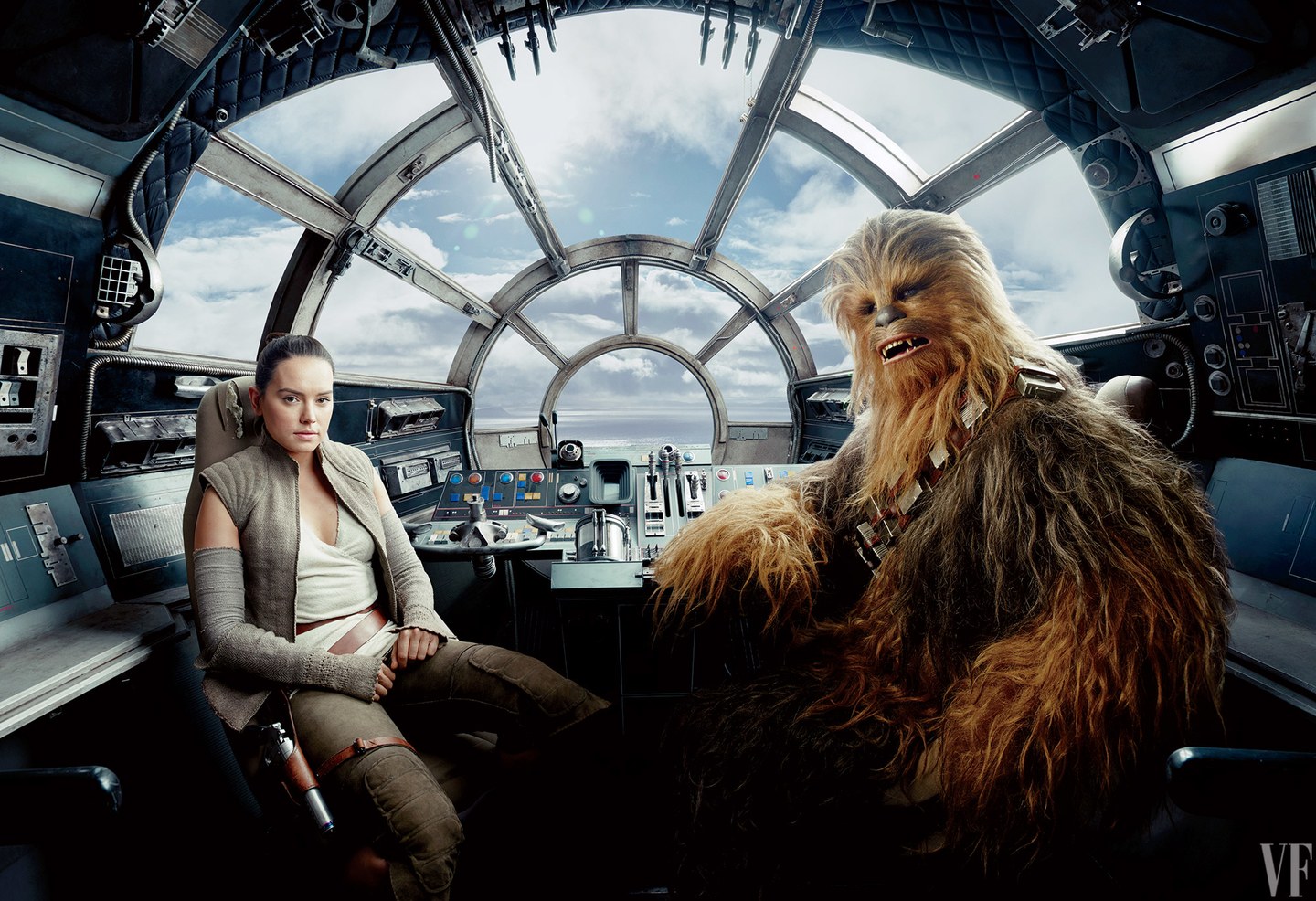 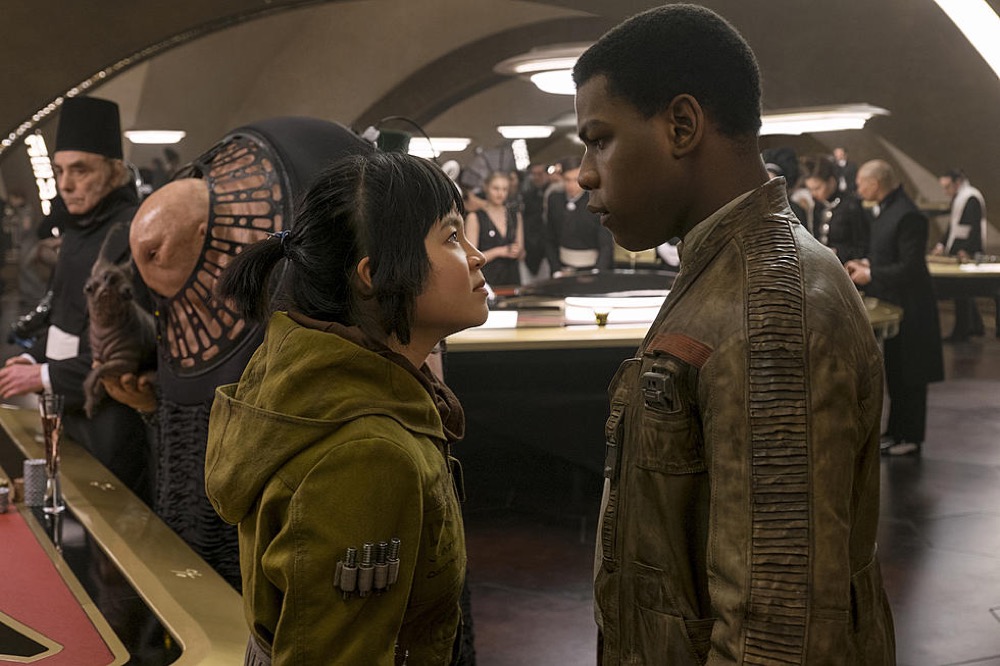 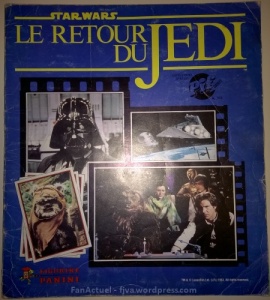 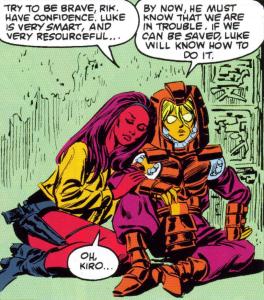